Pat Hughes began his professional firefighting career with the North Richland Hills Fire Department in March of 1976. In 1986 he was promoted to the rank of Assistant Fire Chief. During his career in NRH, he served as Training Chief, Fire Marshal and Chief of Fire Operations.

In 1990, Pat was named to serve as a State Fire Commissioner by Texas Governor William Clements and was re-appointed to the Commission in 1992, by Governor Ann Richards. While with the Commission, Pat served as a founding member of the International Fire Service Accreditation Congress and served on its Board of Governors for 5 years. From 1996 - 2001 Pat served as a principal member of the N.F.P.A. 1710 Firefighter Standard on staffing.

Pat retired from NRHFD in 2001 after 26 years of service. He taught at the Houston Fire Department Training Academy for Houston Community College, as an Adjunct Instructor in 2005. In October 2006, Hughes became the Emergency Management Coordinator for the City of Sugar Land. In the lead up to Hurricane Ike in September 2008, Hughes served as the City’s Incident Commander.

He’s currently the Team Leader of the San Jacinto Type 3 All Hazards Incident Management Team and is qualified by the Texas A&M Forest Service as a: Liaison Officer, Situational Unit Leader and Resources Unit Leader. 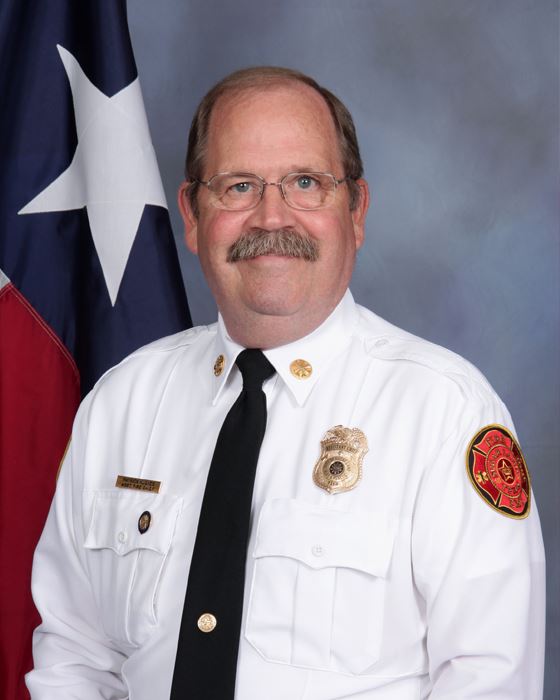