Two flyovers are scheduled over Sugar Land this week to honor frontline COVID-19 responders and essential workers, as well as honor those who served and sacrificed during World War II in commemoration of the 75th anniversary of Victory in Europe Day. 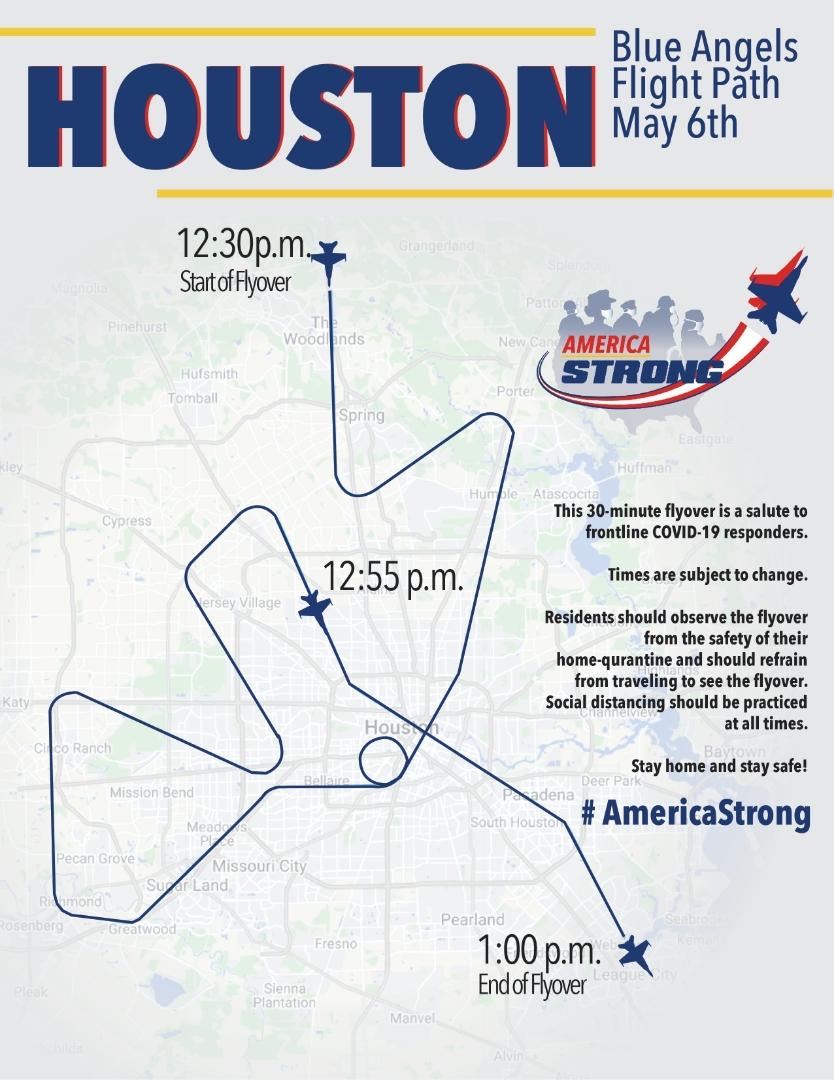 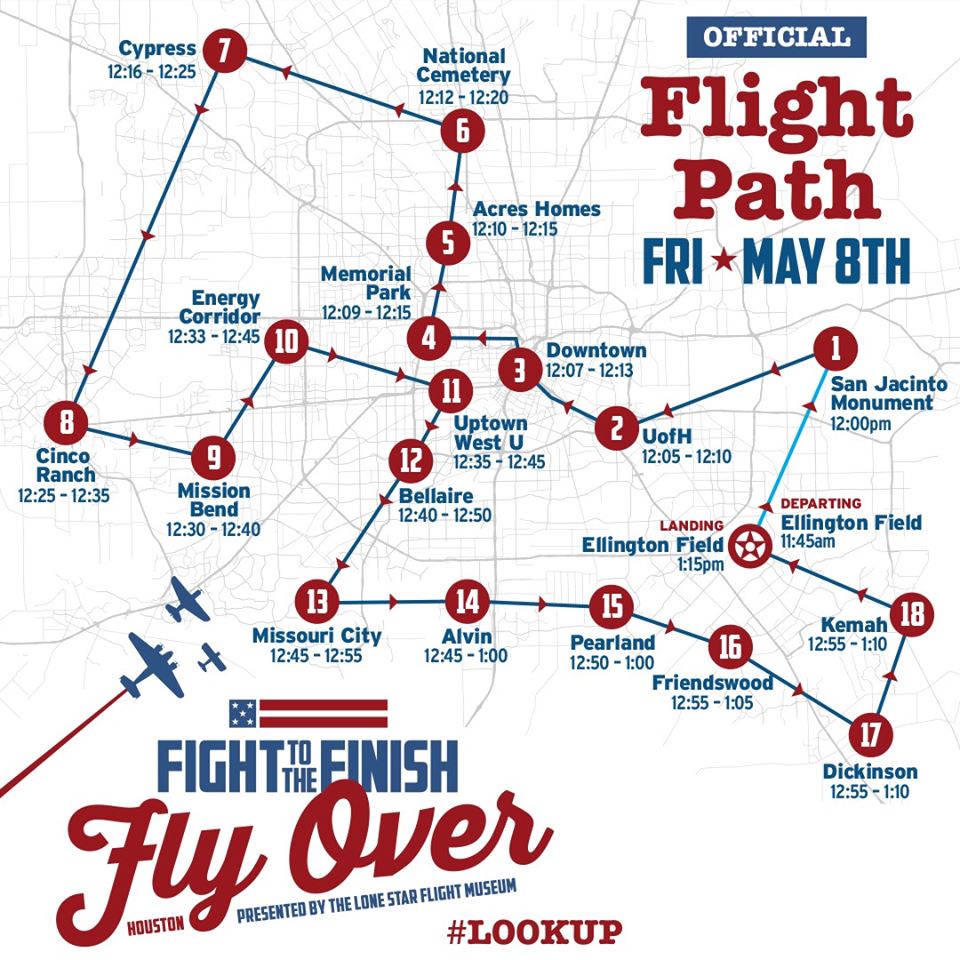