Officer Harris Johnston became a member of the Sugar Land Police Department's Crime Prevention Unit in May of 2003, and is currently assigned to District 3.  He joined the Sugar Land Police Department in January of 1992 as a Patrol Officer.  He has lived in Sugar Land since 1974, and during those years he has watched Sugar Land grow tremendously.  He graduated from Dulles High School in 1978, and earned a Bachelor of Business Administration from Sam Houston State University. 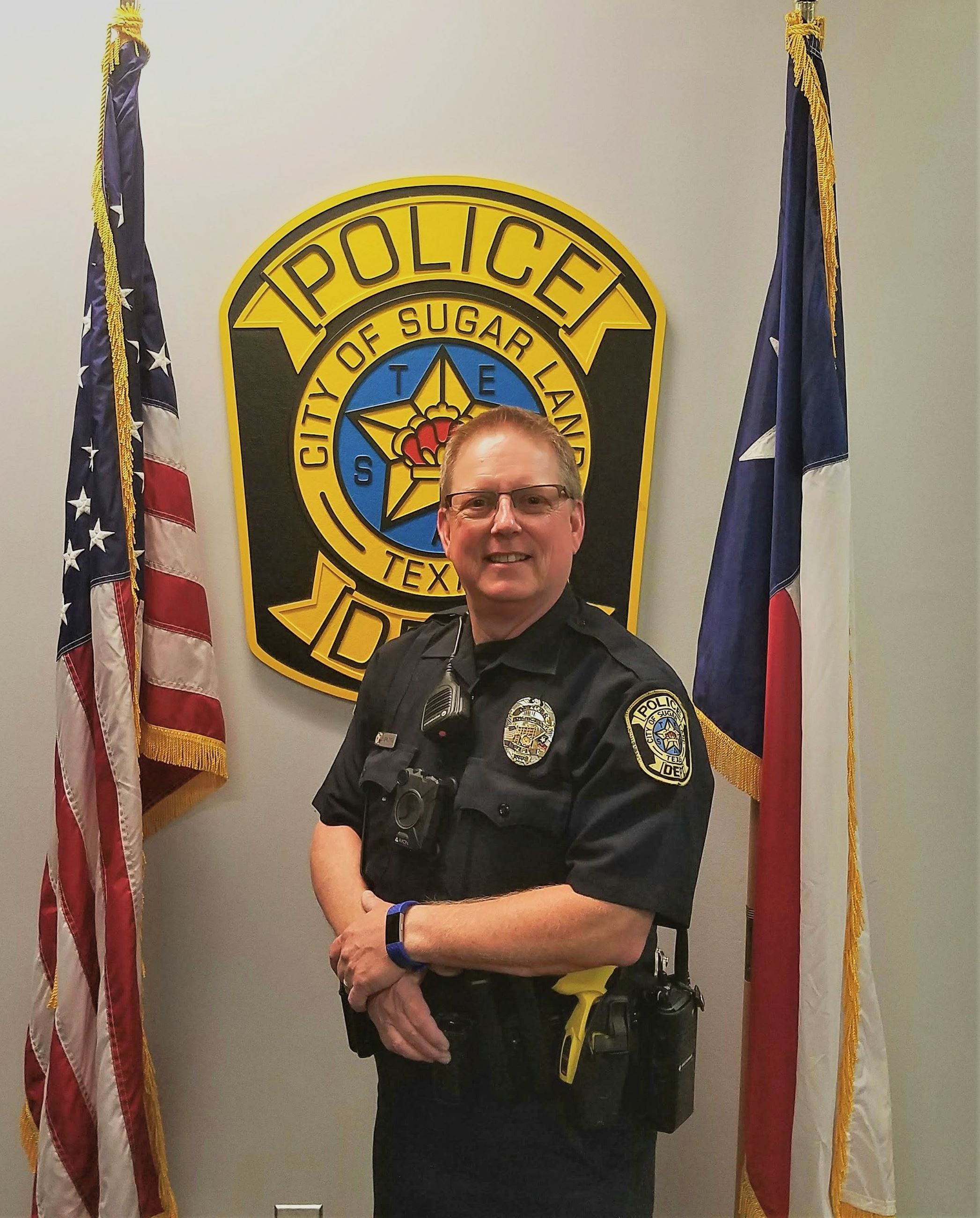