Arif moved to Texas, with his family, at the age of five.  Over the years, he grew up around the Sharpstown, Northshore, and Alief sections of Houston.  After graduating from Alief Hasting HS, he enlisted in the United States Marine Corps.  After completing six years of service, he returned to Fort Bend County.

In 2002, Arif moved to Central Florida for several years.  There he owned and operated his own business.

In 2008, he and his family, relocated to Sugar Land.  A year later, he was hired by the Sugar Land Police Department.  Arif received his Basic Peace Officer Certification through Wharton County Junior College, Class of PA72.  Upon returning to the Police Department, he was assigned to the Patrol Division.  During his time as a Patrol Officer, he was a member of the Special Response Team (SRT), for over five (5) years.

In 2016, Arif was selected as Sugar Land Police Department's Officer of the Year, and he received his Associates Degree from Houston Community College.  In 2020, he earned his Master's Peace Officer Certification.  Arif has taken a special interest in Mental Health.  Arif ethnicity derives from an Indian and Pakistani culture.  He speaks and understands Hindi and Urdu.

In his free time, Arif enjoys spending time with family.  In addition, he enjoys several hobbies, and watching sports highlights and in car dash camera footage on YouTube.

Arif is now assigned to the Crime Prevention Division in Beat 4. 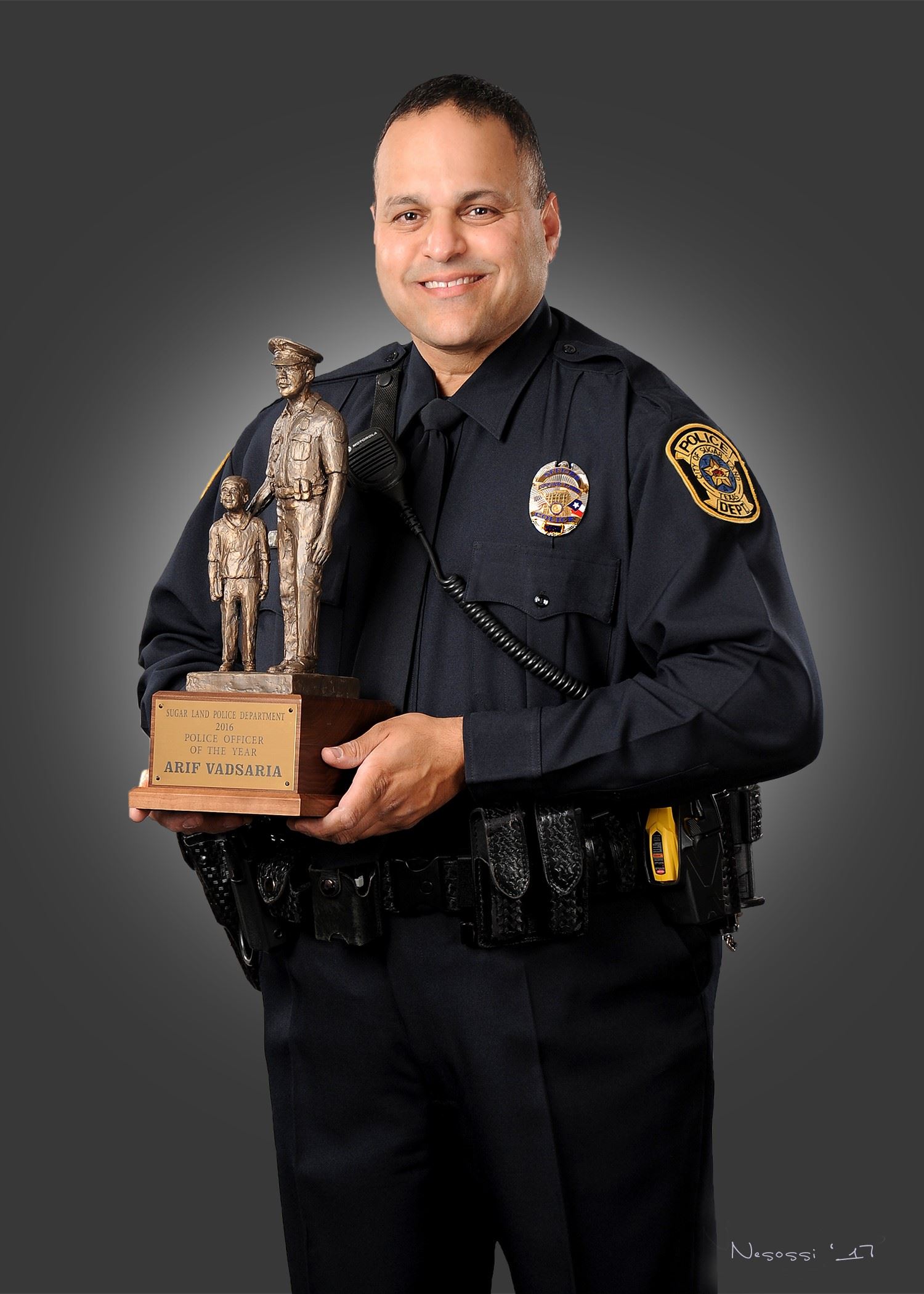