Officer Lauren Stockholm is originally from New Jersey where she attended the Richard Stockton College of NJ and earned her bachelor’s degree in psychology. She moved to Texas in 2004 and attended the Basic Peace Officer’s Academy at the University of Houston, Class 215. 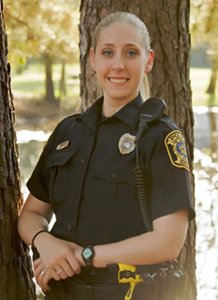