On behalf of all the members of the Sugar Land Police Department, welcome to our website.

The Sugar Land Police Department is committed to providing exceptional public safety services and taking a leadership role in building community partnerships. The men and women of the department subscribe to core values including:

It's important for us to stay connected to the community we serve. It is also important that you are informed about what work we do, how we complete our work and how you can assist us in being successful. Our website is one tool we use to achieve this goal.

Thank you for visiting our website. We welcome your suggestions, ideas, and feedback. 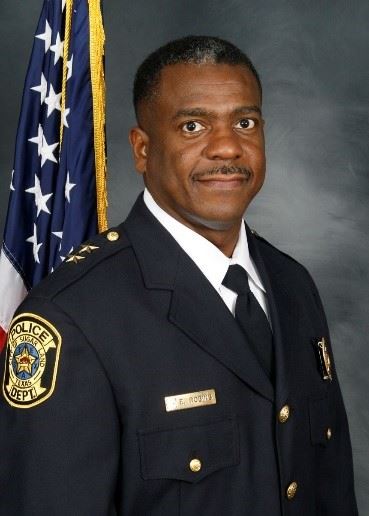 Chief Robins is a native Houstonian who has spent almost his entire career with SLPD.  Robins has implemented initiatives to increase police visibility and expand crime analysis to identify resources necessary to address criminal trends. He also managed and created special enforcement teams to target and handle specific high-crime patterns throughout the city, efforts that directly contributed to an historic low crime rate.

Robins led technology initiatives such as red light cameras that have resulted in a 58 percent reduction of accidents at targeted intersections and a network of license plate recognition cameras that resulted in the arrests of more than nine criminals so far this year.

Under his leadership, SLPD received accreditation from the Commission on Accreditation for Law Enforcement Agencies, Inc.  The review and certification of the department’s policies and procedures, management, operations and support services is considered one of the highest law enforcement recognitions.

He served as correctional officer with the Texas Department of Criminal Justice from 1989 to 1991.  Robins joined SLPD in 1992 as a patrol officer and since served as a detective, sergeant, lieutenant and captain prior to his promotion to assistant chief in 2010.  During that time, he has provided leadership for every division in the police department.

He is a graduate of the Senior Management Institute for Police and the FBI National Academy.  He is also a member of the International Association of Chiefs of Police, the National Organization of Black Law Enforcement Executives and the Texas Police Chief’s Association.