The Emergency Services Division includes all shift operational personnel and the Logistics Group. SLFE’s operations are divided into three shifts, each led by a Duty Battalion Chief. Each shift battalion chief is responsible for daily operations of shift activities and is the on-scene incident commander as needed during emergency events.  SLFE operates using a full career staff providing coverage to the citizens 24/7/365. 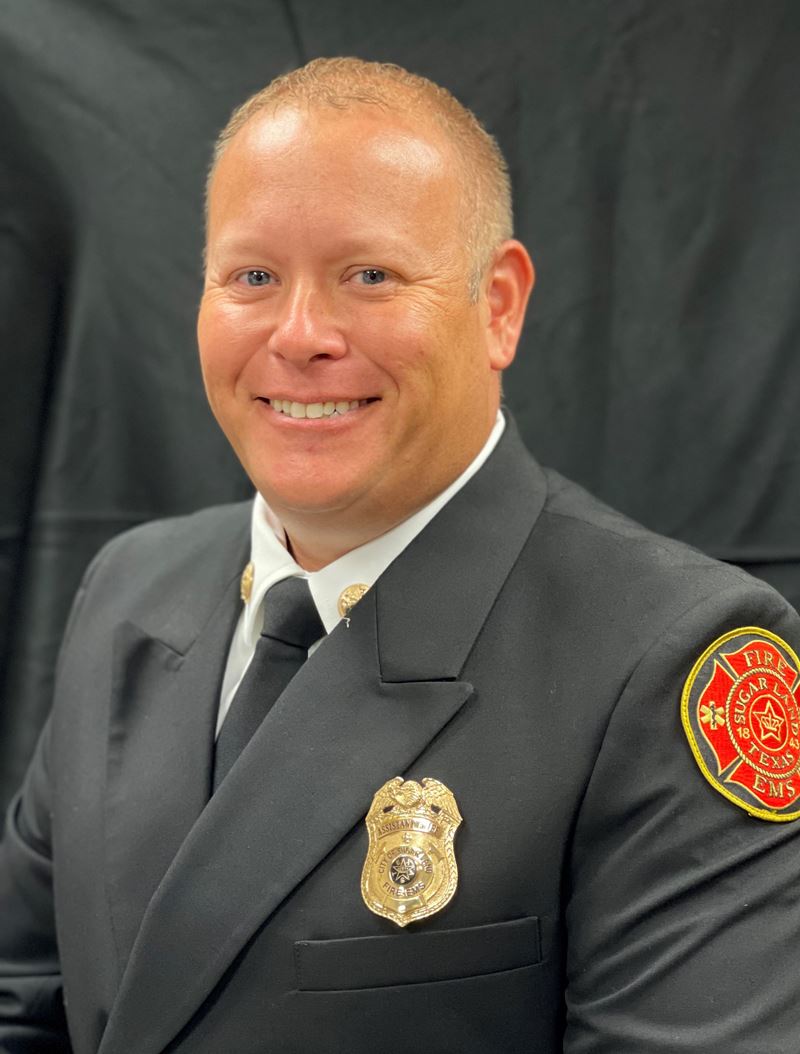 
Mark Campise is the Assistant Fire Chief of Emergency Services at Sugar Land Fire-EMS. Campise joined Sugar Land on Oct. 11, 2021 and oversees response and training for fire suppression and emergency medical services. He has been tasked with expanding professional development, providing mentorship, developing future leaders and planning for leadership succession.

He most recently served as assistant chief of administration for the Pearland Fire Department, where his focus was rebuilding a training division; designing, constructing and opening new fire stations; and managing budget and logistics. He led a department that responds to more than 10,000 calls for service per year and serves a population of more than 130,000.

Campise began his career as a volunteer firefighter with the La Porte Fire Department in 1998.  After graduating from Sam Houston State University in 2002, he worked as a teacher before joining PFD as a fire lieutenant in 2007. He was later promoted to battalion chief and worked as a shift commander before his promotion to assistant chief in 2019.

During his 15-year career with PFD, Campise was responsible for all hazards response, budget management, leadership development, crew performance and more. He has also served as an adjunct instructor at San Jacinto College, College of the Mainland and Wharton County Junior College. Campise is currently attending the National Fire Academy as a student in the Executive Fire Officer Program and has started coursework towards a master’s degree at Sam Houston State University.  He and his wife, Merissa, have three young boys in junior high school.  They enjoy camping, duck hunting and spending time outdoors in the Texas hill country.