Sugar Land’s roots extend back to the first 300 settlers who came to Texas in the 1820’s with Stephen F. Austin, the “Father of Texas.” The northern territory of Mexico, Austin negotiated a grant with the Mexican government to bring 300 colonists to settle a large area of land between the San Antonio and Brazos Rivers. Heads of families were offered grants of 4,605 acres at a cost of about 12 ½ cents an acre.

Centuries before this area of southeast Texas was settled, water cut through the land creating a large river that stretched from the northern plains of Texas, coursing 840 miles to the Gulf of Mexico. In the 1500’s, Spanish gold hunters exploring the area named the river Los Brazos del Dios-the arms of God. It is known today as the Brazos River. One of those early explorers, Cabeza de Vaca, described in his journal their exploration of the prairie land and waterways that included present day Oyster Creek. Grass grew waist high in the red, alluvial soil, enriched from centuries of floods and as deep as twenty feet in some areas. Beyond the river’s edge, the soil turned to heavy black clay. Prehistoric animals roamed this region, their ancient remains uncovered centuries later in the riverbed.

Buffalo roamed the area, leaving their distinctive mark on the earth as if just freshly plowed. Deer, wolves, buzzards, owls and numerous small game such as the prairie chicken were abundant. Colonists brought horses, cattle, oxen and dogs, and planted corn, sweet potatoes, pumpkins, potatoes and other vegetables along with sugar cane and cotton. In the fall, sleds piled with cotton were pulled to the river, placed on flatboats and sent to market in Houston or Galveston. Daily survival dominated their lives, but despite the hardships, the colony flourished.

Stephen F. Austin’s first colony was bordered on the north by the Old San Antonio Road which stretched between San Antonio and Nacogdoches, on the east by the Trinity River, on the south by the Gulf of Mexico and on the west by the Lavaca River. For his personal homestead, Austin chose five leagues approximately centered between Richmond, the Imperial refinery and present day Eldridge Road, an extremely fertile area of the Brazos River and Oyster Creek watersheds. Modern day Sugar Land was within that prime real estate that Austin chose for himself. 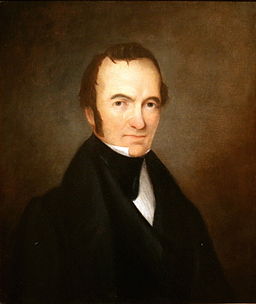